Listen to our podcast on the painful episode of the Second World War, presented by Belgian business columnist Salma Haouach and enhanced by the views of Philippe Depoorter, member of our Executive Committee and Head of Businesses and Entrepreneurs.

Welcome to Résonance, a Banque de Luxembourg podcast that takes a look at the major events of the past 100 years and shares our insights into how they have impacted modern society. How can these past milestones prepare us for the financial challenges of the future?

Our clients are engaged and have high standards, and they expect same from us. Philippe Depoorter, Head of Businesses and Entrepreneurs

‘A guns and butter economy.’ It’s no exaggeration to say that guns and butter were the guiding forces of this dark period in history. State strategy was driven by essential needs.

The goal was to keep troop morale high while feeding, at minimal cost, an entire population deprived of any business or interaction with the rest of the world. It’s a mindset that still lingers today in the collective subconscious.

At the onset of the war, the world was largely bankrupt and in a seemingly endless recession. Although the war began in 1939, it did not become global until 1941 when Hitler attacked the USSR. Among other things, he coveted Russia’s oil. It must be said that at the time, some countries had little to lose. When Hitler attained power in 1933, Germany’s unemployment rate was 40% and social deprivation was at an all-time high.

It was against this backdrop that the expression ‘guns and butter economy’ was coined. The German government put all its resources into producing weapons and began importing butter on a massive scale. The symbolism cannot be overstressed. Severe restrictions were placed on consumption to curb the rising inflation caused by the growth of the country’s sole heavy industry. This rationing was preparation for the show of strength ahead.

Two distinct economic theories were developed during this crucial period.

The first came from an economist who was deemed by many to be heretical and yet continues to guide our thinking today. His name was John Maynard Keynes.

In the middle of a recession, he had the courage to declare: “To solve the recession, let's spend more!” He had noticed there were liquidity traps: situations where no one could get cash because everyone wanted it. He was therefore contradicting the idea that a low level of spending would at some point lead to stability. Instead, the economy was being bogged down by prices that tended to remain static. Most notably, however, Keynes developed the revolutionary concept of the political economy, positing that national interests depend on strategic allocation of resources. To this day, “let's spend more” in response to recession continue to be a predominent economic mindset.

The second noteworthy theory was put forward in 1932 by English economist Lionel Robbins and took on its full meaning during the war. The theory concerned the science of allocating scarce resources. Robbins defined economics as “the science which studies human behaviour as a relationship between ends and scarce means which have alternative uses”.

This resonates particularly strongly today given the debate over the finite nature of our resources.

Robbins was referring to any resource of limited quantity that could only be used once, which meant having to make a choice. For this reason, economics is a science of decision-making. It studies the way in which people make choices that are limited by the scarcity of resources.

This brings us to the humanity of our decisions: even if they are economic decisions, they are just rational factors against a background that is never rational. Hence the importance of getting advice and support.

Philippe Depoorter, Head of Businesses and Entrepreneurs, takes us through this period during which Banque de Luxembourg added its own chapter to the wider historical narrative.

When I think of the Bank during the Second World War, I think of the story I was told about Marcel Reckinger crossing the Ardennes on his motorbike in the spring of 1940 to hide the Bank’s files before the Nazi occupation. Is it a myth? Maybe, since we've never found any documents to prove it.

Actually, I was told this story by his son, Bob Reckinger, himself an outstanding and inspiring leader, and I think the anecdote says a lot about the values that we try to pass on within our Bank, and about this family business culture that has been passed down through the generations.

Our clients are engaged and have high standards, and they expect the same from us. Nowadays we talk a lot about client relationships as if to eschew the distance created by digitisation and procedures.

But, rather than relationships, I prefer to talk about client engagement! Because it's not just a question of being available to listen, provide support or respond formal requests. What it really means is understanding their projects, even if it involves challenging them, and working with them to achieve those projects and exceed their expectations. Just like Marcel Reckinger did during his era.

Obviously, we are not at war today, at least not here. There are enough real conflicts going on in the world to remind us of the difference.

But I think the COVID crisis is a genuine global crisis and one that will define an entire generation. It confronts us with uncertainty and numerous injustices, not to mention the social and environmental legacy we'll leave behind. It raises the issue not only of death, but also of rebirth; because it's not our homes that will have to be rebuilt but our social bonds, and to do this we need to trust the younger generation and earn their trust in return.

Luxembourg paid a heavy price during the Second World War. Every family was affected by the Battle of the Bulge, resistance movements, deportation, forced labour and conscription to the Eastern Front. This helped forge a national identity and a commitment to peace in Europe. It also resulted in a strong reconstruction effort and an entrepreneurial spirit that we would do well to rekindle today.

So I recall, or imagine, that same Marcel Reckinger returning to Luxembourg City, the headquarters of the American liberators, in September 1944. I imagine his delight at seeing his clients again, the energy he had to marshal to restart his business and support business investment.

It humbles me to think that we can still draw inspiration from that today.”

With the benefit of hindsight, this episode reminds us how the darkest hours can, despite everything, still be an opportunity to make considerable progress. The reconstruction that followed the Second World War led to prosperity and innovative yet highly intuitive economic theories that we still apply today. 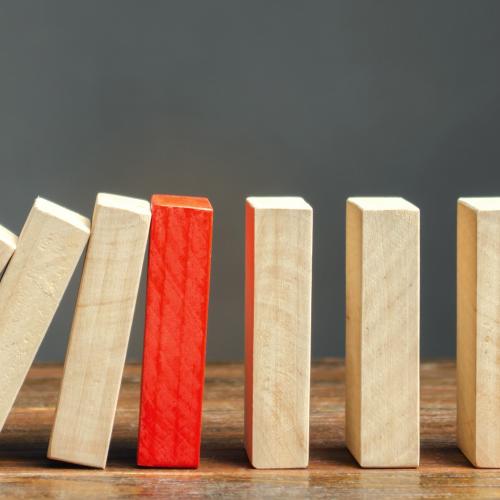 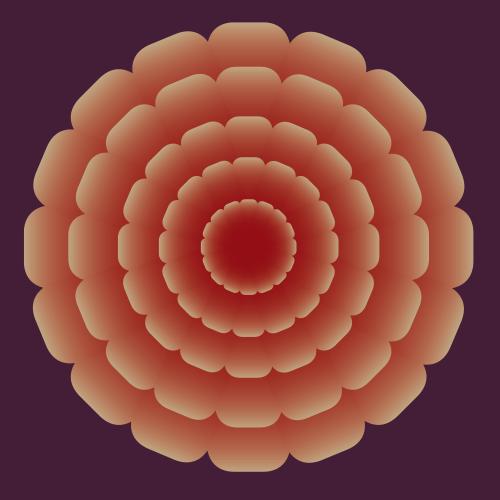