Family businesses can count on their long-term vision and resilience to address the crisis and overcome the financial difficulties, says Philippe Depoorter. But we must also think about the ‘post-crisis’ period to ensure that the country retains a sufficiently diversified economic fabric.

Article published in Paperjam - May 2020

Food, catering, transport... Behind many of the well-known names in these industries lie the hidden histories - sometimes centuries old - of families whose business as well as their tangible and intangible heritage have been passed down from generation to generation. Family businesses – some having survived the war and the majority having experienced at least one economic crisis – are, like all the country’s economic players, having to address the consequences of coronavirus. Could their DNA be their great strength?

The major characteristic of family businesses is that they are not listed on the stock exchange and have a long-term horizon. Philippe Depoorter, Member of the Executive Committee of Banque de Luxembourg and Head of Businesses & Entrepreneurs

"For the first phase of the crisis, they were able to draw on their financial reserves, which they had built up, not according to a specific ratio but because of their inherent mindset. As cash is generated, they plough it back into the production tool. Family entrepreneurs take little in the way of dividends because the money is used to serve the company not their immediate financial wealth. The value of their wealth is the value of their company.” Banque de Luxembourg’s clients include a number of sizeable family-owned businesses that have been in existence for at least five years. In addition to providing financial services, the Bank also acts as adviser. This approach is similar to the Bank's private banking approach in that it addresses both the entrepreneur and the business.

However, their reserves won't last forever. May is being seen as a pivotal month, a time of hoping that business can resume for fear of entering a more difficult phase if the shutters have to stay closed. “We have noticed that family businesses have so far been determined not to postpone debts; everything that can be paid gets paid," says Philippe Depoorter. “Any moratoria that we have been asked for have been requested for fairly short periods of time. Some want to pay the interest due while all of them tell us that the less they defer payments to a later date, the better they will be able to keep their books in real-time.”

A need for direct aid

Even in the midst of the crisis, the principle of good housekeeping prevails. This is reflected, for example, in their take-up of some of the government’s aid measures under Luxembourg’s economic stabilisation programme. Family businesses are less tempted by state-guaranteed bank loans as these are equivalent to deferring debt to the future (with the question of repayment capacity at maturity). The aid proposed by the government represents a substantial, necessary and diversified package," notes Philippe Depoorter. “By far the most utilised measure for the family businesses we support is the introduction of short-time working, leave for family reasons, and the deferral of charges.”

Businesses & Entrepreneurs: Banque de Luxembourg is working for you!
On 25 March 2020, as part of the economic stabilisation programme, the Luxembourg government announced 21 measures designed to support the economy and businesses in response to the COVID-19 crisis, the economic impacts of which are still unclear.

The aid ‘menu’ that the government has put together was essential for the first phase of the crisis extending from the second half of March and through April. But it is not enough and parts of it are hard to understand. "For the sectors most affected – I am thinking of the hotel and catering industry, retail, events and tourism – depending on the duration of the lockdown and then the recovery, it seems to me that direct aid is vital. But this type of aid is currently missing. We cannot tell businesses that we are closing their shops and at the same time ask them to pay fixed costs. We need to find an acceptable model for direct aid that is based on turnover and overheads," says Philippe Depoorter. The Union des Entreprises Luxembourgeoises and its President Nicolas Buck are also calling for the overheads of closed businesses to be paid for by the state. However, the government does not seem to be in favour of this as it considers that the various aid measures already enable a large number of businesses to meet their obligations.

Does that mean that "the state won't be able to help everyone"? Minister for the Economy Franz Fayot (LSAP) plays down this idea in his interview, but acknowledges that the crisis will not help the situation of businesses that were already struggling before the pandemic. “The natural selection argument that we won't be able to help everyone doesn't hold water," says Philippe Depoorter. “Solidarity, which is a characteristic of family businesses, would be welcome, because after the health crisis and the economic crisis, the real issue is social justice.” What kind of society do we want post-crisis? What will added value mean in the future? There are many critical questions. “You get the impression that we are moving towards a society where technology is the added value, the 'all-digital'. It's a choice about a type of society," suggests Philippe Depoorter. “There’s also something of an obsession for start-ups in Luxembourg, while new, more ‘traditional' companies are sidelined. But the crisis is reminding us of the importance of basic professions, which are those that create the social fabric.”

More than the survival of individual companies, the issue at stake is the continuity and sustainability of a diversified economy, including SMEs and niche businesses. "These traditional businesses are very important, because they are an integral part of the sociology of the country's economy," said the business ‘guru’ Michel Wurth in a recent interview with Paperjam. Could these strange times that foster reflection in parallel with the introduction of emergency plans enable us to put in place new structures to support family businesses and small organisations faced with the challenge of succession and handover? That would be another form of national solidarity. 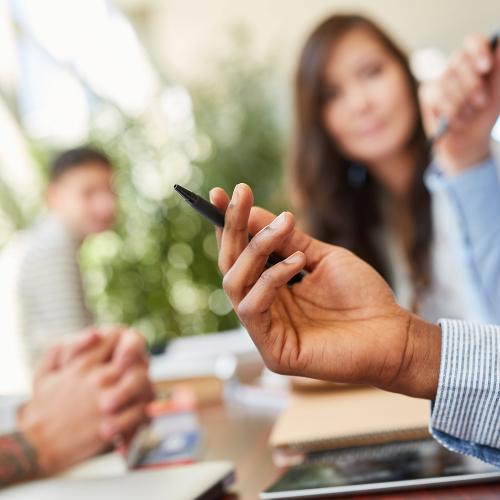 The Summer Academy: a space for peer discussion 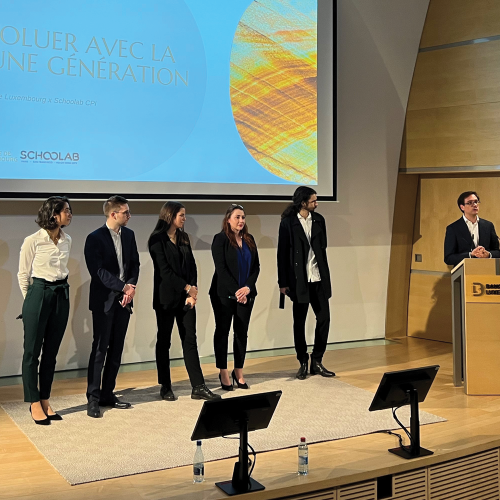 Innovating with the younger generation 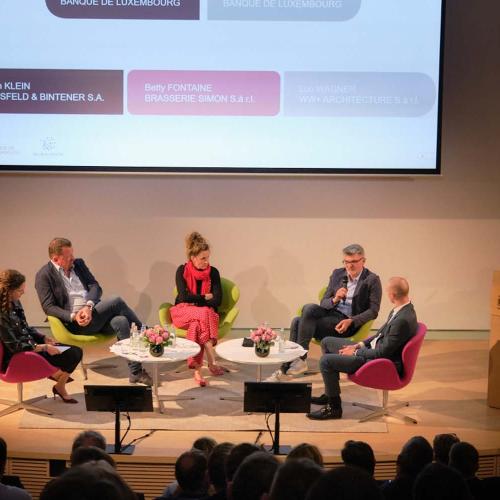 Valuation of a business... how and why?
Subscribe to the monthly newsletter
Receive monthly analyses of the financial markets and news from the Bank.