Inflation is now the dominant theme on the financial markets. In the US, the headline inflation rate rose to 5% in May, its highest level since 2008. In reaching 3.8%, excluding energy and food, the index even posted its highest level since 1992, while the Federal Reserve's preferred indicator, the PCE (personal consumption expenditures) deflator, rose to 3.6%. So the question today is not whether inflation is rising, since all the indicators show that it is.

The real question is whether this rise is temporary or permanent. Experts have differing opinions on the subject. The Federal Reserve is clearly in the camp of those who think that the current upturn is only temporary and that inflation will fall back again. Unfortunately, the Fed has failed to specify what it means by temporary – a few months or a few years? Nor has it given any indication of the longer-term level to which it sees inflation returning. Does it mean a level similar to the average of the last 10 years, i.e. 1.8%? Or higher? Or lower?

US inflation excluding food and energy

So while experts continue to debate whether inflation is permanent or temporary, the truth is that there is no clear-cut answer at the moment. At the height of the dot com boom at the end of the 1990s, the renowned investor Warren Buffett had this to say about Internet companies: "If I taught a class, on my final exam I would take an Internet company and ask, How much is this company worth?’ Anyone who would answer, I would flunk.” The same could be said today about whether or not the rise in inflation is permanent: people who think they can answer that question with any certainty are deluding themselves. Nevertheless, we can still list the main arguments used by both sides and make up our own mind, albeit constantly reassessing the situation.

First, however, we should clarify that the inflation debate concerns what is called the real economy, which means the goods and services consumed by ordinary people. That there is inflation in the financial sphere is not in dispute: financial and real estate asset prices have risen significantly over the last 10 years and the valuation multiples of these assets are well above their historical average. So any assertion that inflation has remained low despite the central banks’ expansionary monetary policies since the financial crisis is not accurate: through their policies, the monetary authorities have succeeded in creating inflation, but the problem is that this inflation is not where they would like to see it.

What then are the arguments put forward by each side? In the following summary, I have tried to limit myself to the arguments that I consider to be the most factual. I have left out those that I see as more subjective. For example, it is interesting to note that both sides cite demographic trends – as a disinflationary argument for some (historically older people spend less) and as an inflationary argument for others (an ageing population reduces the labour supply and generates higher healthcare costs).

Arguments against a sustainable rise in inflation

Let’s start with the arguments put forward by those who think that the current upturn in inflation is only temporary. Their main argument is that there cannot be a long-lasting rise in inflation without wage increases: if wages don’t rise, an increase in the prices of some goods and services will be offset by a decrease in the prices of other goods and services, but the general price level will not move. Consider a sharp rise in the oil price as an example. This will simply mean that households will have to pay more to fill up their cars or heat their homes. They will then have less money available for other goods and services, causing the price of these to fall. Inflation in the 1970s was due to the fact that the rise triggered by the oil shocks had a snowball effect in an environment where wages were indexed and trade unions had significant bargaining power. This is not the case today. And technological development and increasing digitalisation, automation and robotisation will continue to put pressure on prices and wages. In the United States, companies increased their investments in technology by 7% last year despite the recession, while employment fell by 4.5%. The resulting productivity gains will limit any increase in unit labour costs.

Unionization rate in the UK and the US

The second argument is that the current disparity between supply and demand will gradually be rebalanced. On the demand side, the theory that there is huge pent-up demand is by no means clear-cut. Although it is true that demand for many services (such as restaurants and travel) collapsed as economies closed down, spending on consumer durables has risen sharply. This has never happened before in a recession and is explained by the fact that, unlike in past recessions, disposable household incomes did not fall in 2020 due to the support measures that governments put in place. However, the contribution of the consumer durables sector to GDP far exceeds that of those services that were affected by the closure of economies. In other words, there is no pent-up demand for a large chunk of consumer spending and it could even be the case that the surge in spending on consumer durables under the pandemic bodes ill for this segment's future prospects (the TV bought last year won’t be replaced anytime soon). On the supply side, supply chains are returning to normal after their initial shock reaction.

The third argument is that the global economy is heavily over-leveraged. Excessive debt means that the credit multiplier, the loan/deposit ratio and the velocity of money have collapsed in recent years and there is no longer a direct link between liquidity injections/increase in the money supply and inflation in the real economy. It should also be noted that, unlike in the past, the leading central banks now pay interest on excess reserves. The presence of an interest rate on excess reserves would be sufficient to make any money multiplier mechanism less relevant despite the large amount of liquidity in the banking system.

Arguments for a sustainable rise in inflation

Now let's turn to the arguments of those who believe that after 40 years of falling or moderate inflation, we have entered a new era of permanently higher inflation. The main argument here is that the two major disinflationary trends of previous years are now reversing. The first of these trends is globalisation. In the West, the pandemic has revealed the fragility of a production model based on outsourcing production chains. In the East, the economic model is changing from production-based growth to consumption-based growth. Generally speaking, nationalism and protectionism seem to be on the rise. The second trend is demographic change, especially in emerging market countries. In recent decades, the Asia region alone has added more than 2 billion people of working age to the world economy. In a global economy, this increase in the labour pool has held back wage growth in industrialised countries. Today, Asia is also facing an ageing population.

In addition to these tangible factors, certain other elements are perhaps less immediately obvious. These are based on what some people would call a profound change in the policy environment with:

This profound change in the economic environment could result in the continuing debasement of paper currencies. After all, the ultimate devaluation of money is the perception that it does not have to be earned. And rather than saying that the equity markets, property or gold have gone up a lot in euros or dollars, you could also say that the euro and dollar have depreciated a lot relative to property, equities and gold. The result is the same, but it is a different way of looking at things. History has shown that once confidence in a currency wanes, things can go pear-shaped very quickly.

Price of euro in gold

The issue of inflation is obviously of paramount importance for the financial markets. In the past, periods of high inflation have not generally been favourable for them for the simple reason that, at such times, the central banks tended to tighten their monetary policy (leading to higher short-term rates) and investors demanded higher yields to lend their money (leading to higher long-term rates). The resulting rise in interest rates weighed on equity valuation multiples. In the current environment, however, it is not clear that a sustained rise in inflation will lead to a rise in interest rates. The central banks have already indicated that they will wait before substantially tightening their monetary policy. While it is true that they only have direct control over short-term interest rates, they could also try to limit any rise in long rates. The fact is that in a context of widespread over-leveraging and very high public debts, any increase in the cost of debt servicing would soon have a detrimental effect on economic activity and public spending.

Before analysing the consequences of permanently higher inflation on the financial markets, we should thus distinguish between two scenarios: one in which inflation is accompanied by significant monetary tightening and a rise in real interest rates, and one in which this is not the case. The first scenario is clearly a negative one for the financial markets (at least in the short term and especially for gold), whereas in the second, real assets (equities, gold, etc.) should fare well. Government bonds would lose out in both scenarios. If interest rates rise, their price will fall. If interest rates don't rise, their purchasing power will be eroded by inflation.

After a spectacular year for equities, what are the best investment strategies for 2022? 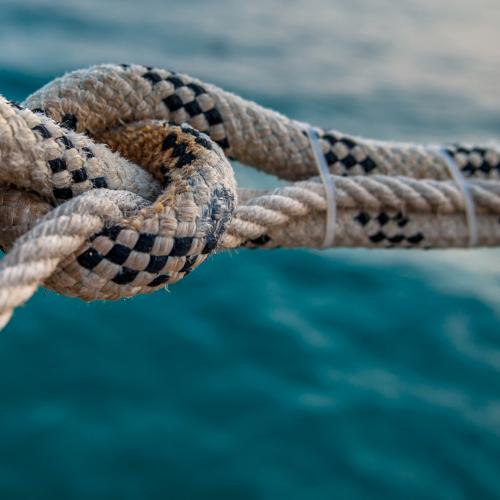 Inflation: is it a risk for your investments? (video)