Recent statistics confirm the global economic meltdown in the wake of the lockdown measures designed to stop the spread of Covid-19.

In the United States, GDP shrank at an annualised rate of 4.8% in the first quarter compared to the last three months of 2019, although social distancing measures were only put in place in the last two weeks of March, write Guy Wagner, Chief Investment Officer at BLI - Banque de Luxembourg Investments, and his team, in their monthly analysis, ‘Highlights’. “In industrialised countries, the magnitude of the economic shock is expected to peak in the second quarter”, says Guy Wagner, Chief Investment Officer and managing director of the asset management company BLI - Banque de Luxembourg Investments.

In April, the composite purchasing managers' indices (measuring the level of activity in the services and manufacturing sectors) slumped further despite already plummeting the previous month, falling to 27.4 in the United States, 13.5 in the eurozone and 27.8 in Japan. “Europe appears to be the most affected region: the European Central Bank is forecasting a 15% year-on-year decline in GDP in the second quarter.” In China, GDP fell by 6.8% year-on-year in the first three months of the year, its first decline since statistics began in 1992. “Given the prospects of recession and the sharp fall in oil prices, deflationary pressures will intensify in the coming months”, estimates the Luxembourg economist. In the United States and in Europe the headline inflation declined in March.

The S&P500 records its strongest monthly increase since January 1987

After the equity markets’ historic nosedive in March, the rebound in April was equally spectacular. The S&P500 recorded its strongest monthly increase since January 1987. “In terms of sectors, the rebound was driven by energy, consumer discretionary and materials. Cyclical sectors nevertheless continue to lag the field since the beginning of the year, while healthcare and technology have even posted slightly positive performances over the first four months of the year.”

Having taken unprecedented expansionary measures in March, the US Federal Reserve announced additional measures in April, such as the inclusion of high-yield bonds in the asset purchase programme and the extension of credit facilities to hitherto-excluded small municipalities. In Europe, the European Central Bank left the volume of its pandemic emergency purchase programme (PEPP) unchanged, but said it is fully prepared to increase it if necessary. “However, the European monetary authorities have eased the conditions for banks to access liquidity by reducing the interest rates charged for its longer-term refinancing operations (LTROs)”, concludes Guy Wagner. 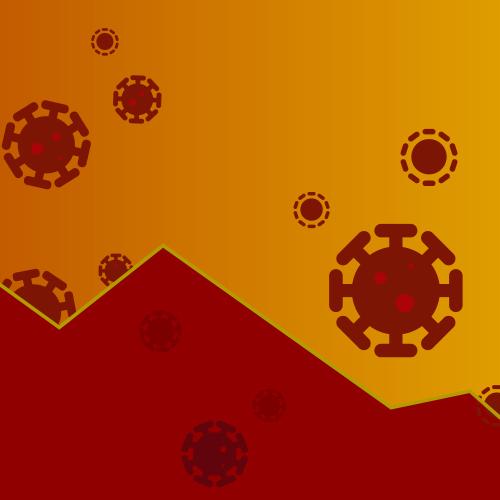